What is wrong with Medicare Part D?  Let me give you an example.

I got a call yesterday from a man who is 66 years old.  He is still working and has employer health insurance.  He takes Enbrel, a drug for Rheumatoid Arthritis and a number of other auto-immune illnesses.

Jim told me he is trying to decide if he should go on Medicare or stay with his employer plan.  He said his insurance company pays $1,200 per month for his Enbrel and his co-pay is $200.

Jim was wondering what he would have to pay if he goes on Medicare and gets a Part D plan.  He would also get a Medicare supplement, but his question was about Part D.

I looked up Enbrel using the medicare.gov Plan Finder and here is what I found.

What is wrong with Medicare Part D?   MEDICARE IS GETTING RIPPED OFF!

Jim’s health insurer is paying $1,200 per month for Enbrel.  Here is what Medicare is paying:

What else is wrong with Medicare Part D?

One year ago I wrote about Enbrel and the retail cost at that time was $2,900 per month.

Why is Medicare paying so much for Enbrel?

Because the law that created Medicare Part D includes a rule that says THE GOVERNMENT IS NOT ALLOWED TO NEGOTIATE DRUG PRICES.

Only insurance companies can negotiate drug prices – and obviously they are doing a lousy job.

Because Medicare does not negotiate prices – but it pays the bills – the budget for Medicare Part D is  $70 billion and growing every year.

Part B drugs are billed through Medicare (not Part D) and they add up to about $18 billion per year. 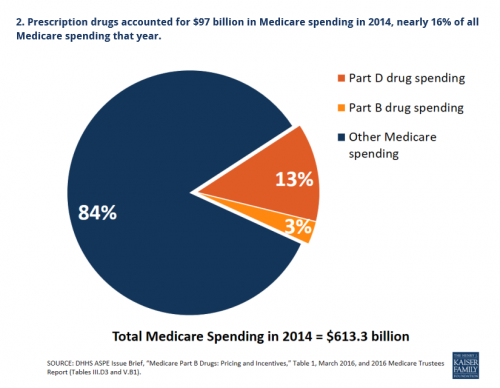 When you hear politicians say we need to cut Medicare benefits,  they are talking about offsetting growing health care costs and growing drug costs.  One solution for cost saving would be to have Medicare negotiate drug prices and get them down.   This is a no-brainer…… except…… lobbyists for the pharmaceutical industry have lots of influence over politicians.

Voters need to ask their senators and congressmen/women how they are going to reduce Medicare Part D drug costs.  Now is the time to be asking those questions.

Insulin is another rip-off of Medicare.  Read about my client who buys her insulin at Walmart for $25 while Medicare pays over $100 for the exact same product.
https://medicareblog.org/medicare-and-insulin/