For people who are new to Medicare, or those who are not yet collecting Social Security, their Part B premium will be $134.

Everyone pays the Part B premium

Whether your Part B premium is $109 or $134, you must pay that to enroll in a Medicare supplement or a Medicare Advantage plan. Without Part B, you don’t really have Medicare because Part A covers hospitalization – but not a visit to the Emergency Room.

Why Medicare costs are going up.

Medicare Part B is highly subsidized by taxpayers.

People on Medicare do not realize their Part B premium ($109 or $134) only covers about 25% of the cost of Part B services. The other 75% comes out of the federal budget – and this is what all the fighting over Medicare is all about.

The total Medical budget was around $600 billion in 2014.  Of course, that is going up each year. 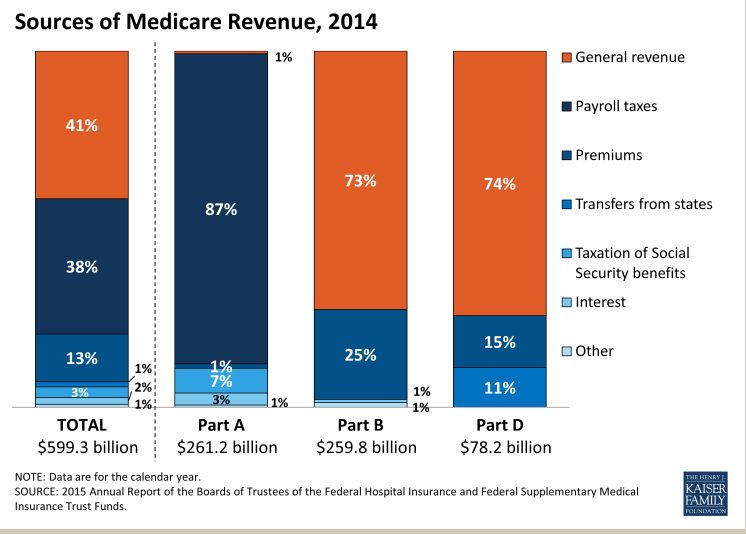 I have written about “Politics and Medicare” and what can be done to control rising costs in the program.

Some people get help with their Medicare costs based on their income.