Here is a re-post of an article from three years ago.  I received an email from an American who was working in France for Airbus, a French company.  He was turning 65 and wanted to know if he needed to enroll in Medicare – even though he was living and working in France.

I assumed he did not need to enroll in Medicare because he had employer health insurance, and that’s what I wrote in my blog.  Soon after I posted that answer, I got an email from Ms Medicare, the person who writes for the AARP Magazine.  She told me I had given out wrong information and that national health programs do not qualify as “creditable coverage” for an exemption from Medicare enrollment rules.

I made call after call and could not get a clear answer to this man’s question, so I asked a Public Information Officer who works for CMS in San Francisco.  This public servant did not need to help me out, but he sure did.  See the post below.  The relevant section is under terms and definitions for Group Health Plans. (I capitalized and highlighted the words so they would stand out.)

Thank you, Jack Cheevers, Public Information Officer for CMS (Centers for Medicare and Medicaid Services) in San Francisco for finding written information on Social Security rules for Americans who work outside the United States beyond their 65th birthday.

I recently wrote about Americans living overseas and whether or not they need to enroll in Medicare Part B. Calling 1-800-MEDICARE did not result in a clear answer for an American who is working in France and has excellent health insurance through Airbus.

Calling Social Security got a wrong answer. But Jack Cheevers at CMS did some research and found written rules from the Social Security “Program Operations Manual System” (POMS), which is used to determine if people get a waiver for the rules concerning Part B enrollment.

Fyi, “POMS” is the manual that SSA workers used to determine eligibility for Social Security and Supplemental Security Income.

See the details below:

The terms described in this section are those used with the special enrollment period (SEP) and premium surcharge rollback. They may or may not be the same terms used for Medicare as secondary payer. You must use the following description of terms to decide:

← Medicare Part D: Are you paying too much for your drug plan?
Turning 65: Do you have your Medicare card? →

1 comment for “Working Overseas: Do you need to enroll in Medicare?” 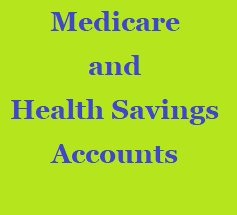