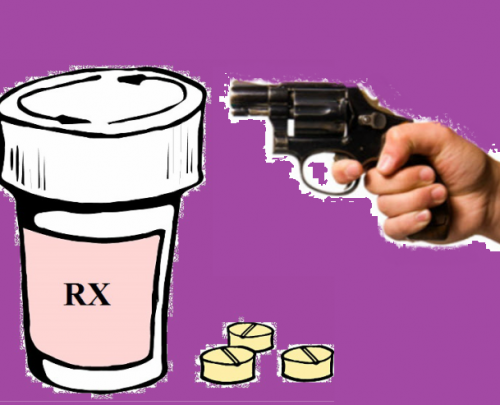 Florida man says he killed his sick wife because he could not afford her medicine.

86-year old William Hager told deputies his 78-year old wife was in pain and he could not afford her medicine – so he shot her while she slept. They had been married for 50 years.

According to the New York Times, “the case appeared to also highlight the difficulties faced by older people who are retired or on fixed incomes and struggle to pay for their medicine when they are ill or in pain”.

AARP issued a report last November that said costs for certain prescription drugs have put them out of reach for many people and that Medicare does not make those drugs affordable.

People on Medicare get their drugs through Part D. Some specialty drugs retail for $3,000 per month and the co-pay is 33% for such drugs.  The result is a $1,000 co-pay each month. When a person has expensive medications, she goes into the donut hole/coverage gap and her Part D plan no longer covers her drug costs.

While in the “coverage gap”, she gets a 55% discount from the pharmaceutical company that sells the drug – but that leaves her with a $1,350 co-pay each month. This is clearly unaffordable for many seniors.

Desperate, broke, and in pain, what are seniors supposed to do?

← The End of Health Insurance in Arizona.
Medicare Does Not Cover Long Term Care →